The Actual Reason Why The Accident Could Not Have Been Avoided

He has been a physicist since he joined NTT Basic Research Laboratory in 1979. He also served as a visiting scholar at the University of Notre Dame, U.S.A., from 1984 to 1985, and as a guest scientist at IMRA Europe, France, from 1993 to 1998. Since he joined The 21st Century Public Policy Institute of Keidanren as an executive senior fellow in 1998, he has been investigating science, technology and innovation management and public policy on national innovation systems. In 2003, he was appointed as a professor of Doshisha University. He was also Deputy Director of ITEC (Institute for Technology, Enterprise and Competitiveness), Doshisha University. In April 2014, he will be a professor of Kyoto University (Graduate School, Shishu-Kan).

In 2008-09, he served as a visiting fellow at Clare Hall, University of Cambridge.

From 2008 to 2009, he served as a Visiting Fellow of Clare Hall, Universityof Cambridge. 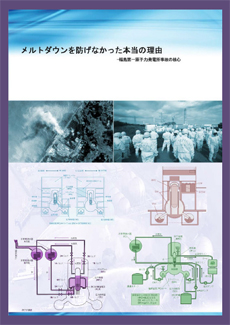